William Lenard Pacey (Bill) was born on 4 August 1894 at Kenmore.  He was a farmer, as was his father, James.  His mother was Jessie and he had a brother, James, and three sisters, Eveline, Dorothy and Flora.

Bill was a gunner in the 7th Battery, 3rd Australian Field Artillery.  He arrived in Egypt in early December 1914 and was there until the Gallipoli landing.

The artillery landed on 25 April 1915 at Gallipoli.  However, the infantry formed the first waves of the landing, the heavy guns coming after a beach head had been established.

Bill suffered shoulder and abdominal wounds on 21 August 1915 and died at sea on 25 August.

Sister Burkett wrote to Mrs Pacey in October.  “I do not think he realised how near the end he was and during his last few hours of consciousness he told me how beautiful Australia was, and he was making plans for the future.  He was looking forward to a birthday cake you were sending him, and very much to seeing England.  We were on our way there.  Then he asked me to write…and tell you how much more comfortable he was than when he was first wounded.  A few minutes later he became unconscious and never spoke again, dying early in the morning.  He was buried in the Mediterranean Sea between Sicily and Malta.”

Bill kept a diary, and his father James wrote to the Army several times about having the diary sent home.  It was not until after the war was over that the diary was found and sent to the family.

The Kenmore and District Historical Society Inc has re-printed the diary with the permission of the family.  It is available from the Society, an order form can be downloaded here. 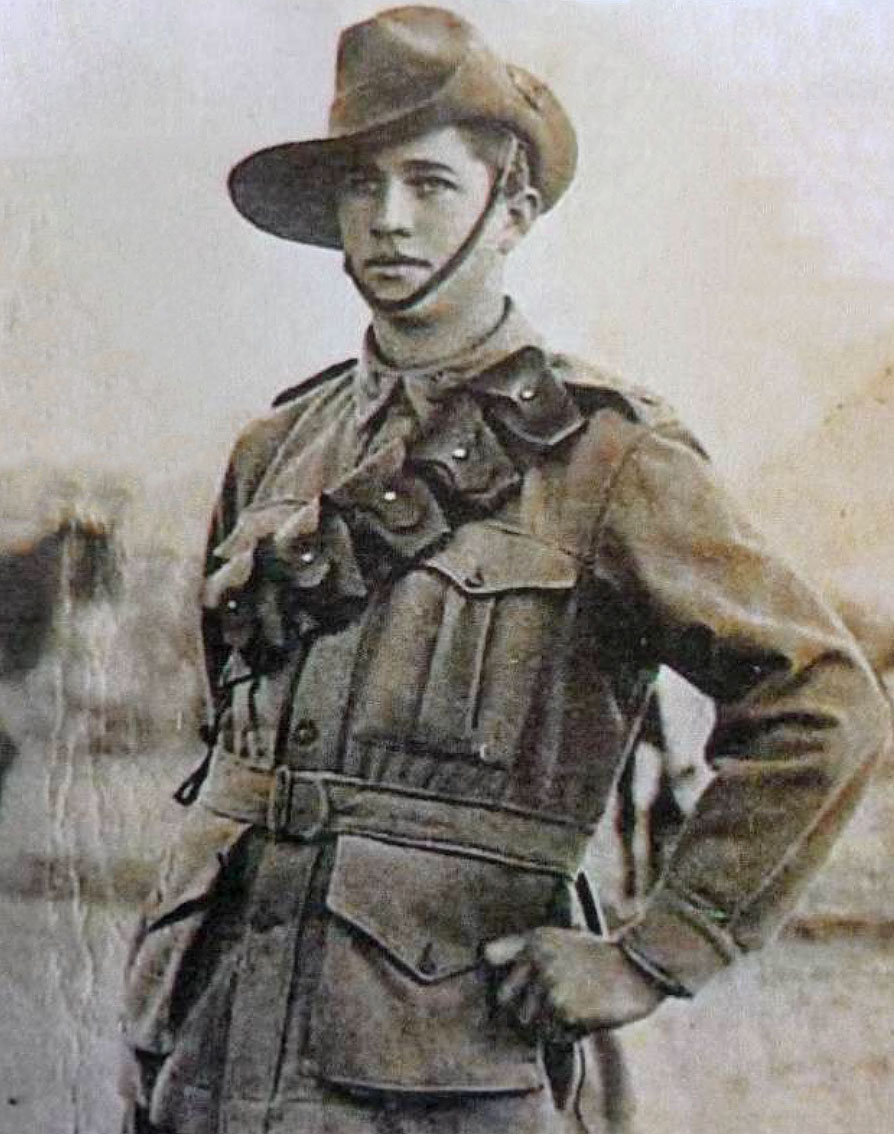 Bill posing in front of the pyramids – Pacey family photograph